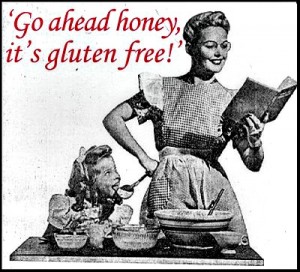 Every time you pass through the food aisles in a grocery, you’ll notice the words gluten free prominently displayed on packages with everything from corn to rice. While it’s not easier to name foods that contain gluten, you can generalize. Any products that contain wheat, rye, Bulgar or barley also contain gluten. Some foods, such as oats, are processed at the same plants as gluten containing products and may also be tainted. There’s a variety of reactions to gluten that used to seem quite allusive to diagnosis until more and more people became familiar with gluten intolerance and gluten allergies.

Do you have a lot of digestive issues after you eat?

Just like lactose intolerance, gluten intolerance can cause gas, bloating, diarrhea and abdominal pain. It can even cause constipation, particularly in children. Your body simply can process the gluten properly and it causes these problems. Celiac disease is an allergic reaction to gluten that can be found with a blood test, but gluten intolerance can’t. The best way to identify a problem food is by an elimination diet. First eliminate all the possible foods from your diet that may be causing distress then introduce them one at a time until you experience the problem and locate the offending foods.

Gluten intolerance can cause severe problems.

Gluten intolerance is linked to many severe autoimmune diseases, such as rheumatoid arthritis, Hashimoto’s thyroiditis, ulcerative colitis, lupus, multiple sclerosis and scleroderma. While gluten may not be the cause of these diseases, they may aggravate it. Eliminate gluten from your diet for a while and see if you have fewer symptoms or if it helps you feel better. Eliminating gluten won’t hurt you and is one treatment you can do in conjunction with doctor recommended treatments.

Do you get brain fog throughout the day, have dizziness or feel out of whack after eating a meal with gluten in it?

If bread can throw you in a tizzy that makes working more difficult or leave you feeling dizzy, you may need to eliminate gluten containing products from your diet. If you’re feeling these symptoms, first see a doctor to insure it’s nothing worse, just like any of the other symptoms on this list, you want to first eliminate other problems before you eliminate gluten from your diet.

Swelling in your hands and feet, inflammation in the joints of fingers, knees and toes may be a sign of gluten intolerance.

Mood swings and hormone imbalances can also be linked to gluten problems. If there’s nothing else wrong and regular exercise doesn’t improve the problem, try eating gluten free for a month or two to see if the symptoms disappear.

Continuous problems with migraines that yoga, exercise or massage won’t cure and ones that have no physical cause may actually be a reaction to food, gluten in particular.

Greens support eye health with higher levels of lutein and zeaxanthin that help prevent cataracts and improve vision in other ways, too.

Greens lower the risk of colon cancer particularly kale and mustard greens, which belong to the same family as cabbage, broccoli and cauliflower.

Hi. I’m Kelly Scott, the owner of ForeverStrong. And … END_OF_DOCUMENT_TOKEN_TO_BE_REPLACED